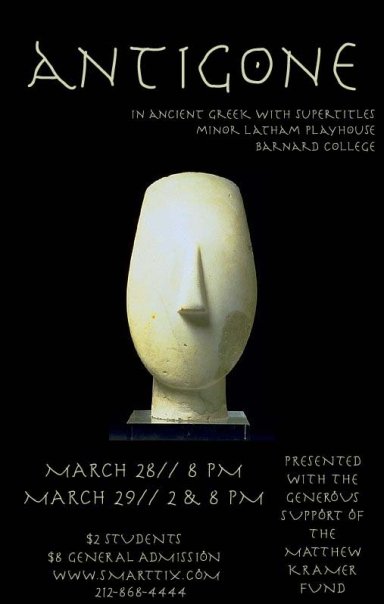 "What’s uncommon about this rendition is that it attempts to remain consistent with most aspects of ancient Greek tragedy performance. No anachronistic language here—all dialogue is in Ancient Greek, with a projector screen flashing the English text onto a blue background. The orchestra members even have weird, Greek instruments with enigmatic names I have never heard before, like “bouzouki,” and “aulos” and “Cretan lute” and “violin.”
--BWOG.com, Columbia University news site and gossip rag
Powered by